I spent three weeks in January, 2017, traversing Australia with my husband and son. We flew from Boise, Idaho, USA to Auckland, New Zealand to Sydney, Australia  for 4 nights to Cairns for 3 nights and to Melbourne for 3 nights.  My husband left us in Melbourne to return to work.  My son and I rented a car and spent three nights driving the Great Ocean Road and Australia’s outback.  We ended our trip with 3 nights in Adelaide, considered some of Australia’s best wine country.  All totaled we traveled about 3,780 miles in Australia and saw major cities in the East and South along the South Pacific, Tasmanian and Indian Oceans.  We moved from sea coasts and rain forests near the equator to beaches where wind from the arctic oceans cooled the air.  While we covered vast expanses of land, we saw less than half of the country, none of western or northern Australia and none of the interior.  Here are some of my observations:

1.Kangaroos are old hat, quite literally. You can buy men’s hats made from kangaroo. Kangaroo pelts are for sale everywhere. Weird tourists gifts like kangaroo balls made into flasks are on display in tourist shops. Kangaroo filet is on some menus. At the Sydney Zoo, I heard a mom shout to her child, “You don’t want to look at that—it’s just a kangaroo!” We saw only four kangaroos hopping in the wild. The one’s I saw were magical. One was as tall as my son, 6 feet 3″. He turned and glared at those of us who had jumped out of cars to watch. The animal troupe made short work of hopping across the pasture, across the road and into the bush. When we drove the outback, I expected to see lots of kangaroos and emu. We saw lots of warning signs to watch for kangaroos and we saw at least five dead ones by the side of the road. But I only spotted one kangaroo in the bush and no emus outside the zoos. As an animal advocate, I worry that all the tourist items will make the kangaroo, like so many other sought after animals of yore, into a an endangered species.

2. Koalas are as cute in person as in pictures. These fascinating creatures are said to be “punch drunk” because they sleep about 19 hours a day. We paid for pictures with them both at the Sydney Zoo which did not allow you to touch them and in the Kuranda Koala Gardens where we were allowed to hold the Koalas and feed wallabies and Kangaroos. Koala fur is not as soft as kangaroos’ hair. The only way we saw koalas in the wild was when other cars were stopped to view them. We would jump out, ask where the koalas were and people were kind enough to point them out nesting in the high tree branches. Their gray fur blends in with the bark. My old eyes weren’t good enough to spot them from the car as we drove along. The process reminded me of when bears or moose are spotted in Yellowstone National Park. Everyone pulls their cars over and jumps out to spot the animal and if possible capture them on film.

3.Visiting Australia is like falling down Alice’s proverbial rabbit hole. When we left Boise, snow was falling and the plane had to be deiced to make it off the ground. When we arrived in Sydney it was summer and 80 degrees. Christmas decorations were up everywhere we went but it never got colder than about 60. Not only were we visiting in summer, the continent was headed into fall starting in about March. We heard on several tours how gorgeous the fall colors on the trees were in late fall (beginning in March). Australia broke away from Africa over 400 million years ago. The warm climate led to the evolution of an econ-system different than anywhere else in the world. Australia is home to fabulous creatures living on the Great Barrier reef, in rivers such as platypuses and crocodiles (both fresh and sea water) to billibies to emu to wallabies, to koalas, to kangaroos (just naming a few).  I had one lady on a bus who wanted to discuss deer with me because she had never seen one in the wild. I, on the other hand, wanted to discuss kangaroos.  Apparently, kangaroos are like deer in Idaho.  They are pretty to look at but can get in your yard and eat your flowers and trees. Australia was settled in 1788 by the British as a penal colony after the American War of Independence when the U.S. refused to take any more English convicts. As an English colony everything in Australia like England is focused on the left. You drive on the left and walk on the left. Signs are posted on the roads to remind you that you are to drive on the left. While everyone speaks English, we sometimes couldn’t understand what was being said. Australians can understand us because American movies are everywhere at the same time as they are released in the U.S. but Australians have their own unique accent which becomes more pronounced in rural areas.

5.Australian cities are home to amazing architecture. Most people are familiar with the iconic Sydney Opera house, a multi-venue performing arts center at the heart of the Sydney harbor, graced with a roof of sails rising towards the sky. The Sydney Opera house is just one of many architectural  symbols of Australia’s technical and creative achievements, we saw during out trip.  We were more amazed and delighted by how much creative architecture is found throughout Sydney, Melbourne, and Adelaide. The buildings are multi-shaped, decorated in bright colors. Some feature art, others host glass triangles or pyramids for windows. We visited open-air malls in Melbourne and Adelaide which were full of wonderful sights, sounds and smells and gorgeous to boot. We saw elaborate winding staircases of shiny aluminum and pure wood in the universities.  Seemingly  weightless bridges soared over harbors and rivers. The city skylines were traversed by  huge cranes building new towering edifices. Australia is a country that is growing in a vibrant, creative way we do not see in America.

6.Australia is a good place to call home. 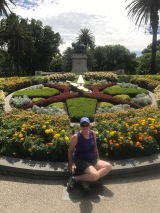 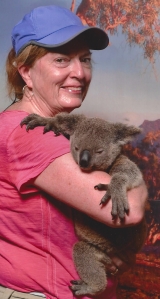 Final Reflections: This trip had been on my bucket list since 1984 when I saw an exhibit about Australia at the New Orleans World Fair. Thirty-three years later, I was able to take the trip I had been planning for  about half of my life. I could write on for hours about rain forests, riding on trains to the Blue Mountains, women striding through city streets in the shortest skirts and highest heals I’ve every seen, gliding through tree tops in gondolas and watching thousands of bats take flight at sun down in Cairns. But I know there is a limit to what a reader will read and I have far surpassed the usual 800 words. I had a wonderful time on a trip of a life time.  I think the best recommendation for those considering a trip to  Australia is I would do it again in a heartbeat even though the flight over and back is over 25 hours each way and it took me several years to save the funds to go.