We are headed to Buffalo, Wyoming for Thanksgiving this year.  Our trek is elaborate.  We start out on Tuesday and head to Bozeman, Montana.  We spend the night in Bozeman and pick up our daughter, Kayla, who is a sophomore at Montana State University.  We also drop off her snow tires.

Then we soldier on to Billings where we stay in a suite that has a 24-hour airport shuttle.  This is an important feature because our son, Scott, is flying in from Seattle and arrives at midnight when most things in Billings are closed.  Assuming everything goes as planed, he arrives at our room about 12:30 am while the rest of us continue snoozing peacefully with visions of turkey drifting through our heads.

If Billings goes anything like last year, we will be running around late looking for tofu turkey.  Scott is a vegetarian and we left our specially bought vegan plunder at home.  We raced in the only vegetarian market in Billings just at closing (8 pm) and bought a supply of frozen veggie turkeys.  Scott landed on time but crashed through the dark room waking everyone up.  But who am I to complain?  He made the sojourn from Seattle after work on a cigar plane (one seat on each side) to a small airport, landing in the middle of the night, just to join the family.

We get up on Thanksgiving day and drive two and half hours to Buffalo, Wyoming.  The town is about 4,500 people;  about half of whom are Koziseks. The Koziseks have manned the sheriff’s office and police force for years. The next generation is now serving.  There is such a crowd that last year we had dinner in the basement of the Baptist Church.  We didn’t fit in a house.  A large number of the family were left out because my nephew’s wife was entertaining her extended family at their mini-ranch.  We dropped by for a visit and couldn’t get in the door so many people were in attendance. The thought of all of us together in Buffalo is mind boggling.  My husband’s family are all avid hunters and fishers and believe in standing for the flag at football games.  We always have lots to talk about except politics.

My husband, Pete, lost his younger brother who lived in California last spring.  Our Thanksgiving group will be slightly smaller and a lot sadder this year.  The California brother was the big arranger of family reunions and his favorite place was Disney Land.  We have toured the Magic Kingdom on a number of occasions in a Kozisek crowd.  My husband used to laughingly refer to his California brother’s family as the “Disney Nazi’s” because we did Disney from sunrise to fireworks every day.  I fondly remember the trips because Kayla was little and got passed around a lot. I got a break from child care and the pleasure of adult company.

Over the years, what I have found most remarkable about all these visits is the goodwill.  We are very different people but at Thanksgiving and in Disney Land we seem to be able to find common ground.  I have learned that love and gratitude grow with age.  In the Kozisek family, there is always plenty of both to go around. 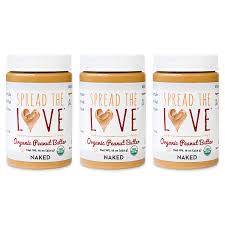 One thought on “Thanksgiving”