Now that Christmas has come and gone, I can turn my investigatory energies to more important obsessions  (other than politics) such as identifying 2016 strangest Christmas gifts. We teach our children that these gifts are made at the North Pole but we all know they come from China.  Rather than being produced by happy, elves dressed in green and red felt, paid with nothing but a smattering of magic dust and Christmas cookies, these items  are probably produced by abused child workers, violating ever American labor law and  paid by the piece rather than by the hour. This is why Americans are squabbling about the renewal of Asian-Pacific trade agreement and not a North Pole  agreement combining  fines for melting icebergs because of Santa’s unregulated energy use with a  tariff on flying sleighs bringing untaxed goods into the country.

The proposed North Pole agreement would be easy to enforce because Sara Palin could be appointed Nordic ambassador and provide enforcement services from her Alaskan front porch, pulverizing those pesky elves  with buck shot when they tried to slip into the US in search of our highly coveted minimum wage jobs on dairy farms and in  fast food joints.

I waited until after Christmas to release this list because I wanted to save my friends the agony or ecstasy of choosing the appropriate gift  for their worst enemy. P.S. I understand from Santa that President-Elect Trump got one of each item on the list in his stocking this year.  Trump was hoping for lumps of newly mined coal given his promises to restart America’s coal industry but Santa wanted to reward  Obama’s strategy to ban offshore drilling in the Artic and Atlantic so this year Santa handed out pinwheels with blades saying “Support alternative energy” to those who had been naughty.  Santa’s failure to leave all the naughty businessmen a sock full of coal may result in a coal shortage among billionaires, which could further the stock market’s zeal for fossil fuel but it is too early to tell.

10.Handrapants: These fingerless gloves (designed to look like men’s tidy-whities) are a perfect gift for anyone with fixation on being touched by real human hands but still wanting to be able to engage in real world activities. I actually own a pair of fingerless gloves that I find quite handy (please excuse the pun) but they are suede with a gorgeous fur muff around the fingers.  The men’s brief design for fingers must meet  some sexual  fantasy of where the hands want to go.

9. WowWee: Chip is an interactive dog robot, programmable to a special watch (included). Chip will greet you at the door, follow you around, play with a programmed plastic ball and has a strange low woof for such a small dog. Chip doesn’t need to go outside, be fed, bark at guests, and tear up panties or the other assorted novel character traits of a real dog. He recharges himself during the night ready for the next day without having to be let outside or taken for a walk.

8. Unicorn Farts: These are bags of cotton candy. As I understand the design concept, while you can’t see human farts but you can see people, in this case you can’t see unicorns but you can see and actually eat their farts. Clever indeed and to provide further incentive for purchasing these tasty treats 10% of the proceeds go to a children’s charity. 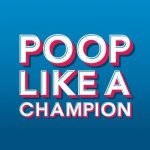 7. Poop Like a Champion: This is a cereal for those of us old enough to remember the advertisements for “Breakfast of Champions” Wheaties but now find our digestive system is a little slow. The advertisement for this cereal is “Number 1 high fiber cereal for number 2s”. Imagine going through all the effort to receive a  marketing bachelors degree  and your first job assignment is to create slogans for a cereal that provides the pinnacle of pooping performance. The cereal is currently sold out after a pre-Christmas rush (please don’t let you mind wander in the direction of that pun).  Kudos to that new marketing graduate, you exceeded everyone’s wildest dreams, possibly because of a constipated electorate in all the Blue states. But don’t despair, if you need an extra push in the bathroom, you can load up for the New Year with a 25% off coupon and emailing your name in to be wait listed.

6.Wonderwoof:  This is an activity tracker bowtie for your dog.  You and your dog can begin a new healthy life style in the New Year. Designed in stylish colors such as baby blue, red, orange, teal, pink, black, grey and for an extra $9.95 you can add designer bands to match your outfits. Before Christmas a tracker was a $100.  Unfortunately, these guys didn’t sell out . You can now own one for $65.  If you live in a big city and hire a dog walker, these little gizmos are for you.  They are particularly helpful if you are paranoid imagining your highly paid dog-walker lazing around your high rise apartment sipping a latte from your cappuccino machine rather than out marching Fido around Central Park.  One dog walker in New York reports taking 40 or 50 dogs for walks 5 days a week, spending about 25 hours a week  and making about $110,000 a year.  Take that you lowly U of I graduate starting out at best around $45,000 as a professional in Idaho. My advice, if you need Wonderwoof for Fido, you should probably consider trading in your dog and getting WowWee for Valentine’s Day.

5.Giant Inflatable Cockroach: Almost 6 feet by 6 feet and a foot deep, this ugly guy can either scare people out of your highly sought after swimming pool or provide a lovely floatation device for someone large enough to cover most of it. The roach’s legs hang out in any possible scenario. I have to admit to an aversion to cockroaches of any size. When my husband went to medical school the only apartment he could afford was roach infested.  We had to buy dozens of tiny roach hotels to strategically place around the apartment in hopes one would stop by for a visit and be terminated.The Inflatable cockroach was judged the “best new inflatable toy for summer 2016″ suggesting to me that America needs to find new designers for pool toys.

3:Toilet Bowl Dog and Cat Fountain: If your pets like to drink out of your toilet and this grosses you out, this gift is for you.  Shaped just like a toilet only smaller,  the tank provides fresh water on as-needed gravity basis.  Also works well for improving the self-image of height-challenged dogs, like dachshunds, which have always wanted to drink out of the toilet but couldn’t reach it.

2.Creamed Possum in a can for holiday dinner: This holiday treat is also sold out but may be available in time for the Super Bowl and Presidential Inauguration . A red neck staple, this tasty treat includes Canned Creamed Possum with Coon Fat Gravy, garnished with Sweet Potatoes! Guaranteed to be made with only the freshest road-kill available

1.Trump Matryoshka (Hand-crafter Russian nesting dolls): These dolls were a rush order after the election. On the largest doll is a likeness of Trump wearing a surprised expression and holding a sign “The Apprentice and you’re hired!”. Inside is Secretary of State nominee Rex Tillerson holding his 2013 Russian Friendship award and waving an ExxonMobil flag. Beneath Tillerson is President Trump’s strategic advisor, Stephen Bannon in a Prince of Darkness costume. All three larger dolls cover a tiny replica of Russian President Putin, wearing a Cheshire cat smile and holding a sign “Russia Wins!”. These dolls sold out quickly to the alt-right. Plans are to have them mass produced after the inauguration. Right wing enthusiasts are anticipating a juggernaut in sales in the New Year as part of the new administration’s focus on economic development and new trade alliances. 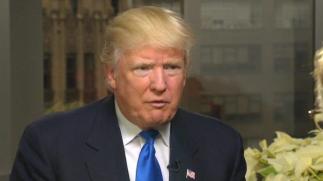