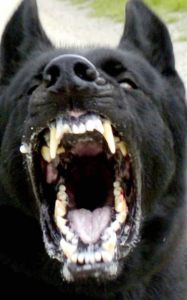 The Dogs of Hell were trained Rottweilers, who escape a military compound and terrorized al small town in a cult movie of the same name (1982).  Replicating the actions of these fictional canines, the most racist, bigoted Americans have been unleashed by Trump’s unlikely Presidential win to terrorize people of color, the LBGT community and other vulnerable individuals.

Previously suppressed by societal norms and national leaders committed to inclusion and diversity, the day after the surprise win by Mr. Trump, these marauding dogs began shredding our fragile web of political correctness. The real face of the ugly American is now in full view. Apparently, I have been living in a fantasy world believing that we were slowly eradicating these attitudes but I have discovered to my chagrin that our progress in the area of inclusion is  an extremely fragile safety net loosely tethered by a web of civil rights laws, court decisions and public civility.

These Dogs have previously been muzzled by the broader community’s values. 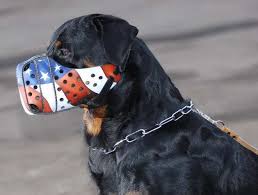 The Dogs’ attacks after the recent election have taught me that bigotry is flourishing in this country in hidden places like  mold spores invisible to the naked eye, thriving in dark moist environments. The election provided the necessary well spring for an explosion of white backlash.

These dogs are even rampaging in Boise, Idaho. Last week, they wrote “Nigger!” as graffiti near our Black History Museum. My family was horrified when I used the “N” word at the dinner table describing the incident.  My daughter scolded me and said, “Never use that word again!” I would like to comply; but the only way to grasp the harshness of these attacks on the population they are intended to traumatize is to speak truth. The “N” word does not capture the abuse and rebuke inherent in this demoralizing word  scribbled in large letters in plain view for the sole purpose of causing pain.

The lone black female in the Idaho Senate, told me this graffiti is not an isolated incident. She described to me the experience of a two black children playing outside in Boise being accosted by white adults the day after the election and being told; “We can kill you and your parents, now.”

My sister tells of the Asian man she knows, born and raised in Caldwell, Idaho (a town of 50,000, 25 miles west of Boise) who has never experienced discrimination in Idaho. Last week a car driving by him, rolled down the window and an invisible male voice shouted, “Go back to where you came from!” The fact that this man would be returning to Caldwell would be amusing if it weren’t so horrifying.

These are just a few incidents from Idaho, a small, almost exclusively white, homogeneous state. We are generally pro guns but peace abiding. Imagine the power of this unfettered hate in larger cities with more diversity and opportunity to choose “We” versus”They”.

The Oxford Dictionary has named “post truth” as the 2016 word of the year. The word describes a culture in which an individual’s decisions are based on appearances, frequently generated by incorrect or deliberately false social media postings, not on facts.  I am fascinated and nauseated by our “post truth” world.  In our current political milieu, the Dogs of Hell can become vicious overlords of the most vulnerable. Made up stories of Muslim attacks lead to hatred of innocent neighbors.  Women wearing head coverings, symbols of respect for their religion, are suspect.

The trial of Dylann Roof is currently in the news. He is the white young man who joined a black Bible study group at Emanuel African Methodist Church, Charleston, South Carolina and ended up killing nine church members (2015).  He has been quoted as saying he, “wanted to ignite a race war.”  Roof’s actions resulted in public outcry, prayer vigils and persecutors seeking the death penalty.  He failed in his revolution.

Unlike Roof, if not restrained, the Dogs of Hell are capable of phenomenal harm to our constitutional rights. This election, we, the people, have unleashed violent forces of hatred in America.

As Christmas approaches, as Christains let us not just pray for peace on earth as if we are speaking of some distant land. We need to pray for peace in small town Idaho and other parts of America. We must actively engage our spiritual communities and push back the forces of hate which are spreading dark clouds of fear over our land.

The Global War on Morris (Simon & Schuster, 2014) is a political satire written by Congressman Steve Israel, Democrat New York.   My  first thought when beginning Morris was how a  13-year Congressman has time to write  a novel, particularly a representative who headed  the Democratic Congressional Campaign Committee.  On second thought, maybe the debacle of the last congressional elections for Democrats can be credited to Congressman Israel focusing on his novel rather than elections. The current deadlock in Congress has probably given all  435 Representatives and 50 Senators tremendous time on their hands to engage in creative writing, playing cards, hunting with Supreme Court Justices  or other hobbies, since it is clear they are not engaging in the art of politics . The act of political civility as I  understand it requires endless conversations in the arena of ideas  with the goal of identifying compromise solutions. With no willingness to collaborate, there is plenty of time for personal ventures at the public expense.

But I digress, Mr. Israel’s book is a work of fiction crafted by  taking headlines of the War on Terror during the the Bush/Cheney administration and loosely  linking these actual stories into an amusing narrative.  All of your favorite Republican henchmen during the period, Karl Rove, Scooter Libby, Tom Ridge are alive and well in the story line. Vice President Dick Cheney is hunkered in an underground bunker, a Machiavellian puppeteer controlling American’s views on terror. The ultimate goal is not to protect the country from would-be terrorists but to beat Candidate John Kerry in the 2004 election.

I read the book because New York Mayor Bill deBlasio recommended it in the Wall Street Journal’s, Books of 2015 “Who Read What”. I realized once I started reading that the WSJ endorsement was probably a shameless plug from deBlasio for his Democratic friend, Israel, from upper New York.  The recommendation also provided an easy way for the Democratic leadership to spoon feed readers in a humorous forum fundamental constitutional issues  of privacy and civil right bludgeoned by the War on Terror.

Morris, of the title, is an unassuming, nondescript Jewish pharmaceutical salesman living a routine existence with his overbearing wife Rona, a clinical social worker.  These two conventional, average, liberal New Yorkers become mistaken as American terrorists by Cheney and his crew through a series of bizarre and comical  mistakes and poor life choices. As is true of many things in life, the real villains manage to escape while Morris becomes embroiled in an endless round of red tape and bureaucratic nonsense. Rob Reiner & Andrew Lenchewski are adapting the Israel book into a cable comedy series.  If you don’t enjoy reading, you may soon be able to see the plot on television.

While Israel is writing in the theater of the absurd, two real-life points jumped out at me. First, I know Vice President Cheney personally.

He is from my home stomping grounds of Wyoming.  When he first ran for Congress, he was young and unknown.  I remember receiving a phone call asking me to host a house party for Cheney at my rented bungalow on the fringe of gentrified Cheyenne, Wyoming.  The caller said, “We are having trouble identifying people to support a younger, unknown candidate.”  Cheney, of course, went on to win the election.  In my executive job, I remember visiting him in Washington where he always had time to see Wyoming constituents, particularly those who had helped him get elected.  I also remember running up steps of the stadium at the University of Wyoming football game as Representative Cheney was coming down them.  He called out, “Hello, Julie.” So what do we learn from these little tidbits from my past.  First, everyone starts somewhere.  It is still possible in this country to start out as an unknown candidate and over a long, successful career end up as a Secretary of Defense, corporate titan, and Vice President of the United States.

We also learn that people change.   I have turned into a liberal as I age and see the haves becoming wealthier and have not’s becoming a permanent underclass.  My Democratic friends in Wyoming tease me mercilessly about my support of Cheney but then my sister and I were also Goldwater Girls back in the day.  The same can be said of Cheney.  The man, who was gracious at a rental house party, saw and knew his constituents by name and rose to power in an unlikely manner, seemed to move to the dark side as his career jettisoned.  The lesson here is not that I moved towards the light and he moved towards the dark but rather in life there are many opportunities to change.  I heard a wonderful presentation on homelessness a few weeks ago and one of the featured speakers when queried about the potential of the homeless to improve said quite clearly, “My approach to homelessness is based on my belief in redemption.  No matter how many drugs a person has used or how long they have been homeless, redemption is possible.”  Now in my 65th year, I see where every day there are opportunities to choose the light or dark and we each must define and build our own personal trajectory.

Second, we learn from the tyrannical vision of the unfettered Federal government, that as Americans we do have some very real concerns about the balance between protection of privacy and the need to know to keep us safe. I have to admit that I have not been in favor of Apple’s opposition to providing the FBI with information about how to unlock  the San Bernardino shooter’s cell phone. These people are known killers who willfully shot their co-workers in a planned attack.  The haunting question remains are there others out there waiting their time to strike?  If so, is that information contained in the cell phone data? The Global War on Morris reinforces Apple’s position.  A government with complete access to our personal information and without any oversight body could quickly germinate into an authoritarian regime seeking out anyone who disagrees with it.  I am not sure what the correct answer to the balance of personal privacy versus terrorist among us is.  But after reading the book, I do agree with Apple CEO Tim Cook that this decision  must not to be taken lightly.